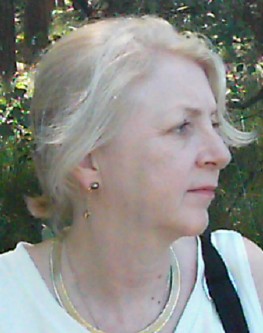 Her career has carried her to Washington D.C. where she worked at the World Bank (1968-1972) and later at the Organization for Co-operation and Development (OECD) in Paris, France. More recently Jane has been working as Vice President of Kiepura Aviation Corp. in Littleton, New Hampshire. Mrs. Knox-Kiepura has also been appearing as a public speaker for many years. She Assisted as Master-of-Ceremonies at the Austrian Cultural Forum in New York. She has given several Poetry Readings and has appeared regularly as a Narrator with her husband, pianist, Marjan Kiepura. Marjan Kiepura was born in Paris, France and is the son of the famous Polish tenor Jan Kiepura (+) and the Soprano Marta Eggerth who is still performing. Jane and her husband are now residents of both New York City and Littleton, New Hampshire.

Jane is the 2nd daughter of Warrant Officer Peter Edmund Knox, who served operationally with 619 Squadron (RAF) as a bomb aimer. In 2003 when details of her father’s crashed Lancaster aircraft ME846 were posted on the Internet it led to contact being established with Paul Stevenson, the nephew of the aircraft’s pilot and later with other friends and relatives from the crew of ME846, which crashed in Belgium, in the night of 21-22 June 1944. In 2005 a small memorial plaque was unveiled at the Newark Air Museum, (UK) which is located on the site of RAF Winthorpe in Nottinghamshire, where the crew trained with 1661 HCU in March 1944. This became the ‘ME846 Family’s’ first gathering and it included representatives of families of 6 of the 7 airmen.

Jane together with her brother Paul Knox co-ordinated with Kamiel Mertens and other members of Studium Generale vzw for the establishment of a memorial in woodlands near Mol-Postel, Belgium in 2006. This was made possible thanks to the assistance of Kamiel Mertens (a former scientific librarian & author) and with the generous support from the local Belgian authorities and local people. This memorial to the ME846 Crew unveiled and dedicated on Sunday, 3 September 2006. Since those moving times in Belgium, Jane has dedicated herself to trying to locate the ME846 crash site and the remains of the missing pilot, Pilot Officer Mark Anthony Hamilton ‘Dave’ Davis. She has also been instrumental in gaining a higher profile for her late father’s Squadron, which was once noted as being 619 Squadron – “The Forgotten Squadron”. These efforts culminated in another gathering during 2008 in Lincolnshire / Nottinghamshire (UK) to celebrate the lives of the ME846 crew and their relatives; memorial trees planted at Newark Air Museum.

Efforts to locate the crash site have continued and in autumn 2010 an apparent breakthrough was made with the discovery of aircraft fragments close to the memorial site in Bladel Woods. (at about 800 m. from the monument at Mol-Postel) Jane Knox-Kiepura and Marjan Kiepura are both Honorary Patrons of the Newark Air Museum and the American Australian Association in New York.”